You are here: Home > Profile

John Aldus is a French/Swiss sculptor, painter, photographer and multimedia artist who has lived and worked in London since 1996. He is engaged in examining the role of art and its mechanisms in contemporary society.

John graduated from the Ecole des Art Decoratifs and the Ecole des Beaux-Arts in Switzerland in 1961 and was awarded many grants during the following years. His first museum exhibition in 1965 included both paintings and drawings.

He has worked as an architectural draughtsman, graphic designer, and theatre and film stage designer as well as teaching (eg invited professor at the Ecole des Beaux-Arts, Lausanne in 1985). John’s work articulates a basic reflection on the role of the artist in contemporary society. Art, for him, is an observation point, which affords a critical look at our social context and invites the viewer to reflect on its values and workings.

This questioning of the role of art in the community finds a response in his installations created for public spaces attempting to re-inject the idea of art in the collectivity. 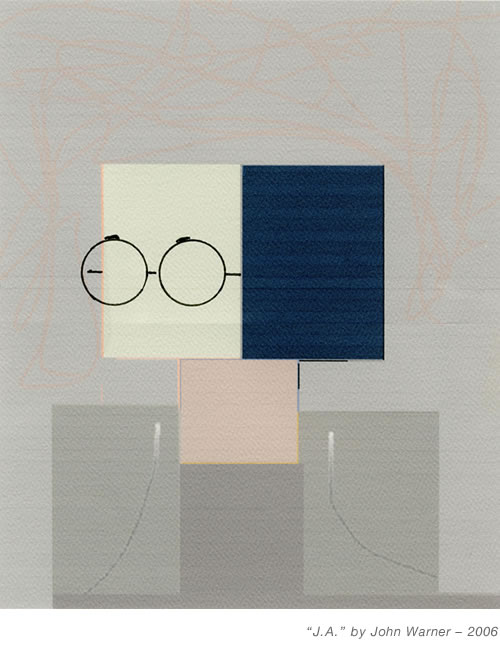